An update on the update...

Ok, now I have the picture situation figured out. (Thanks Sherry for your patience).  There are a lot of pictures but no more than your average tutorial so I think it should be ok as far as loading time.  It's important for people not there to see this from the eyes of someone who is there.  I think so many times our national media hops to the next big story.  As Willa said in an email, once Osama Bin Laden was killed this story was off the radar for the national media.  This is important and I want you guys to know that just because CNN might have moved on, I haven't. 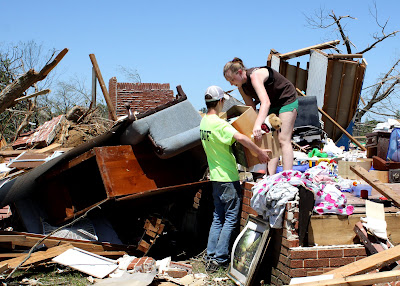 That's a brick house up there...wow. 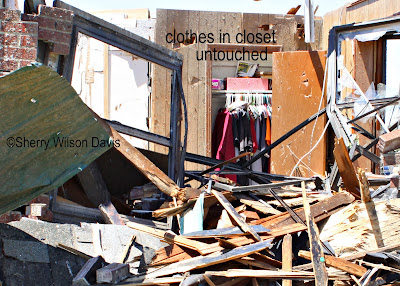 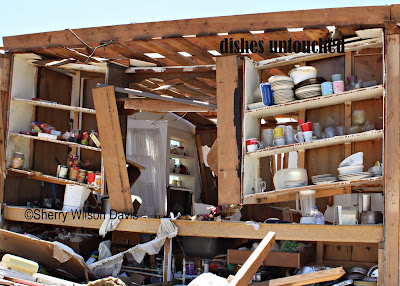 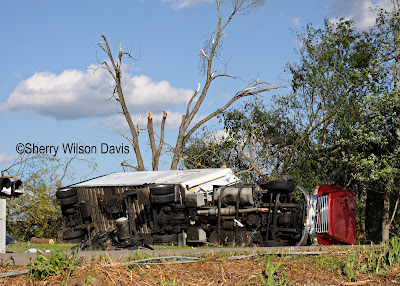 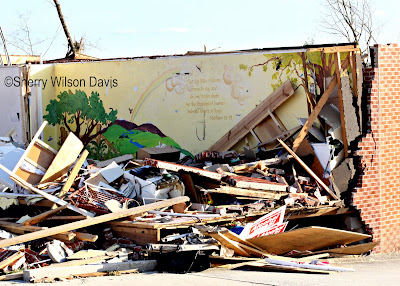 This is the other church near my brother's house and one wall remained standing and look at what it said: 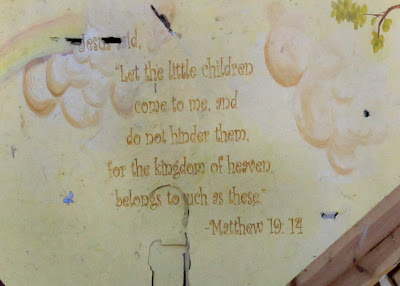 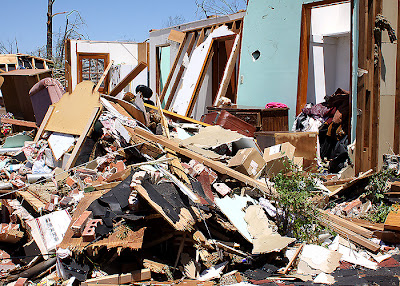 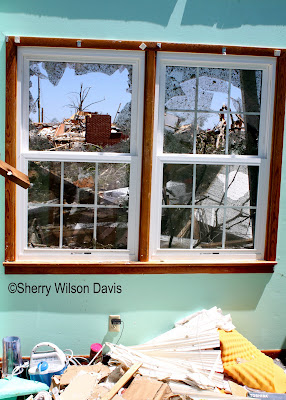 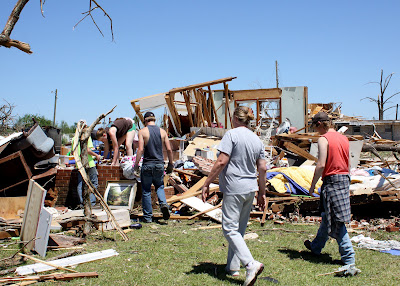 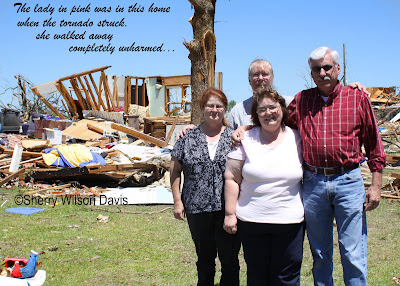 Lemme repeat myself here:
The photographer who captured these images, Sherry Wilson Davis, said evidence of God's love and mercy is all around even in the midst of this destruction. She is an amazing photographer with an ability to really capture things whether it be a sweet smile, an emotion, an idea, or a moment.  Her facebook fan page is here.  If you live in in or around North Alabama, you should really check out having a session with her through her business, Sweetest Memories Photography.  She's a really sweet person who normally takes pictures of sweet children and families but was moved to capture the images going on around her (I think she thinks about photography as much as I think about quilting).